Those that are familiar with both the Presa Canario breed as well as the French Bull Dog breed understand the difficulties as well as commitment involved with breeding them. Many are under the misconception that putting a male together with a female in heat will lead to pregnancy. That may be true with other breeds but a lot more is involved with breeding these type of breeds than most could imagine.

Many male dogs will never become good stud dogs without a combination of good genes, proper socialization skills with other dogs, breeding experience, and a good sperm count which they will lose unless they are actively involved in breeding. Many male dogs were never raised to be stud dogs and therefor may not have an adequate sperm count to be productive or have the capability to “Tie” with a female.

Our studs were all chosen with the intentions to become productive and proven studs. They were chosen not only due to their pedigree, superior bone structure, and conformation but for their temperament and health. Our bullie studs remain on an active breeding schedule thus preventing them from retaining semen within their bodies for prolonged period of times. Ensuring they are purged at least once a month provides them with fresh and liable sperm while at the same time as keeping their sperm count high and lowering the chances of causing infection for any female the stud were to breed with.  Sperm counts are professionally conducted on our studs bi-annually to ensure proper levels of sperm remain appropriate for productive breeding.

In the event a bitch shows signs of any aggression towards the stud or a “Tie” cannot be obtained we conduct Artificial Insemination (AI). Over the years we have achieved extremely good results with AI. If conducted properly, the process of AI will not lessen the chance of pregnancy or minimize the litter size. Many of our litters have been accomplished through the practice of AI.

We do not play guessing games when it comes to the appropriate times for breeding. A big mistake some breeders make when scheduling a breeding between two dogs that aren’t familiar with each other is attempting a breeding too early and during a time the female isn’t ovulating or wanting to breed. This mistake could cause a fight and not only prevent a future breeding between the two dogs but also develop a fear and automatic defense within the female that could make future breedings almost impossible except by conducting AI. In order to ensure the breeding is conducted during the proper time in it important to test the female’s estrus level to pin point when she’s ovulating. During this time she will be most receptive to breed and most likely to get pregnant.  Once the female has reached the appropriate time frame to be bred we introduce the two dogs while they are leashed to ensure they will get along and to maintain the proper timing for which we will allow the stud to mount the bitch. Usually this method results in a safe and supervised Tie. At no time do we leave the two dogs together unsupervised. After the first mating, whether it is natural or AI, we take pictures to provide the bitch owner with verification of actual mating with desired chosen stud. It is at this time that we predict the date of birth for the litter (63 days). After the first day of mating the bitch will be scheduled to breed 2 or 3 more times every other day while she is still ovulating.

If you wish to utilize one of our studs for breeding your dame please fill out and submit our “Stud Service Application“. Upon receipt of your application we will reply back and send you a “Stud Service Contract” for your review.

If you have any questions or concerns in regard to our stud service offered here at Bird Dog’s Bullies please don’t hesitate to contact us. 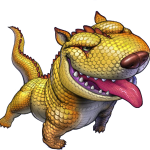 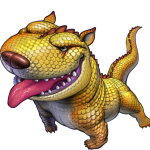